Home  /  Announcement   /  HERITAGE OF THE BRICK INDUSTRY IN KIKINDA 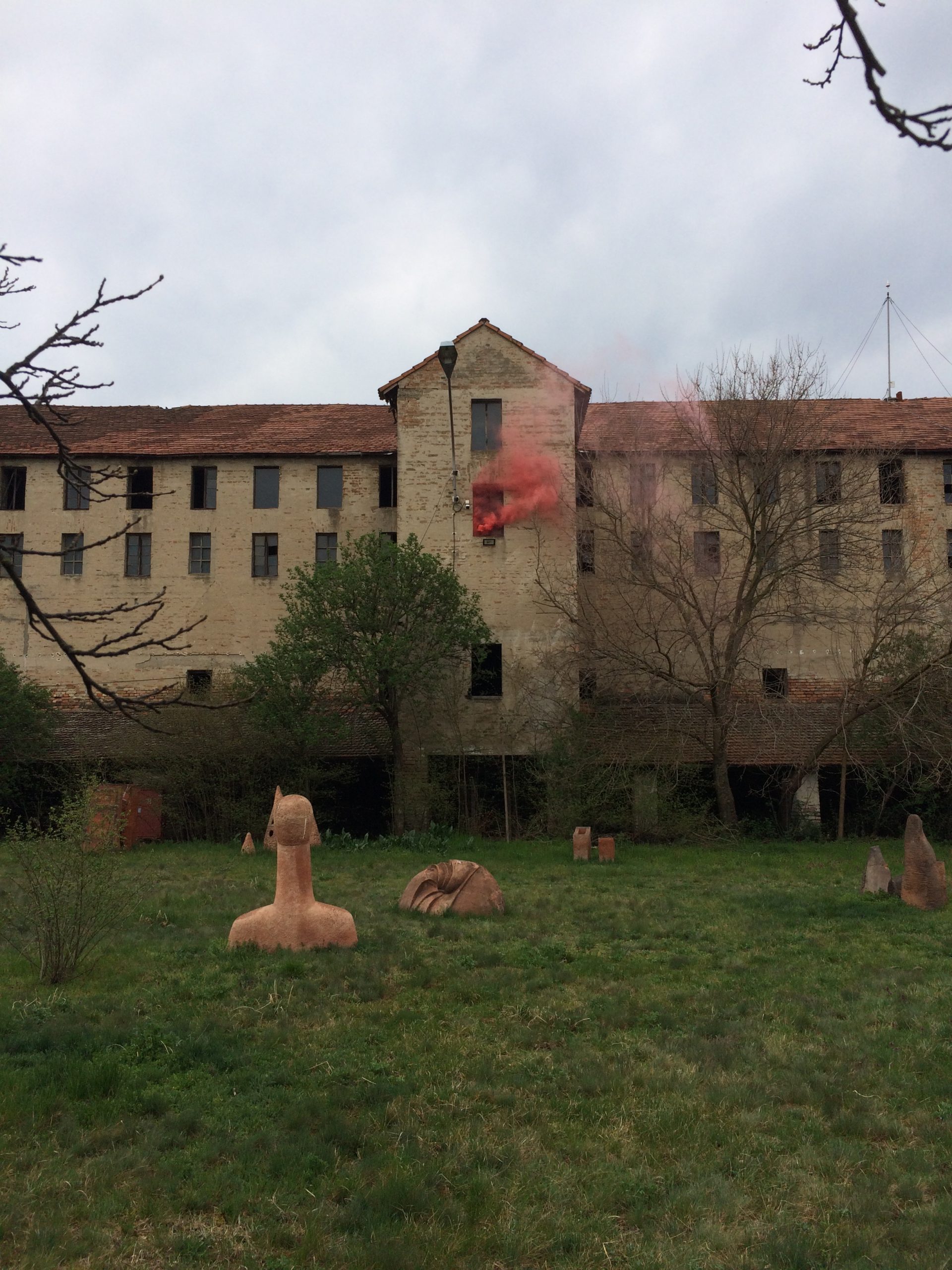 HERITAGE OF THE BRICK INDUSTRY IN KIKINDA

As we did at the first Triplex Summer School in Jimbolia during the past september of 2021, in Kikinda we also bet to work with the memory and the remains of the built heritage of the town of Kikinda.

However, the context here was very different from the previous project. There we had a very complex social and industrial pattern interlacing the whole town. The architectural remains of the former brick industry, the life of the bourgeoisie and the high aristocracy thrown away alover in Jimbolia allowed us to think on a larger scale and we created a series of small interventions connecting the sites of these remains in a sort of visible way. In Kikinda we focused directly on the one single building of the former tile factory. The tools and the aims were quite similar, but we opted to test our methods on another scale and context.

The former factory nowadays known as “Terra Studio” functions as a worldwide known artist colony specializing in clay sculpture. The actual function is strongly linked to the former use of the building complex, but at the same time holds a certain distance from the original and well preserved main structure (the kiln) and leaves it the most underused part of the Terra complex. Despite that, the building remains as the most striking and powerful piece of architecture on the site with an undeniable presence. We tried to focus on this contradiction and with our intervention tried to evoke the original use and character of the now empty and useless spaces.

For the first step we studied how this structure was used. We made a research on the brick factories of the region, on the specialities of the so called “Hoffmann kiln” which was a very typical and ingenious kiln type at the time and used widely all over the world in the brick industry. Our research was helped by Péter Kronavetter, whose doctoral thesis was focused on the former brick factories in the territory of the former Kingdom of Hungary. Once we understood the functional squeme on which the building was developed we focused on how to narrate this logic to show the original purpose and qualities of the spaces? We decided to show the spaces “work” again using action-like temporary interventions captured on photos and on videos. The fire, the smoke and the path of them (not only in horizontal but also and rather in vertical way) during the tile production was the most important and most characteristic feature that we found in the building, what we considered as the most important organizing force of its architecture.

With the help of red smoke bombs we recreated the feeling of the fire and smoke passing through the section on of the building. Starting from downstairs, in the dark and dusty, but at the same time fascinating, vaulted kiln space we used flashlights illuminating from the intermediate level to help us show the “movement” of the fire in the kiln while highlighting the use of the holes on the vaulted ceiling (from where the coal was thrown to feed the fire inside the kiln). After we moved to the intermediate and to the upper level to see how the red smoke is going up, until it leaves the building by its windows – emphasizing this way the absence of one of the most important elements of such a building: the chimney.

After days of experimenting the best ways and solutions (and after consuming more than twenty some smoke bombs) our friend from Budapest, a young and talented professional architect-photographer, Balázs Danyi came to help us taking the final material from which the original logic of the building should come alive and remain preserved for the future. After the filming we created a sequence of three videos (one for each level of the building) placed together showing the actual path of the smoke and revealing the former and original logic of those magnificent spaces. We also matched the videos with sounds. We recreated the sound of the fire (for the kiln), the sound of shoveling (for the intermediate level) and the sound of packing up the tile-drier shelves on the upper level.

During the workshop we learned from the hidden architectural-functional logic of this former industrial building, we tried to understand its special spatial qualities and with the help of a series of non-architectural, more artistic interventions we made visible some very architectural features of a building with purely functional original character.

Finally after our summer school workshops in Jimbolia and in Kikinda we can summarize that our goal was reached: we involved our students in a “game” where with carefully done previous research and an active conceptual thinking we could make and/or emphasize architecture faraway from the classical and typical architectural toolkit. We hope that with those experiences we could give them new perspectives of thinking of architecture and help them widen their horizons as designer architects.