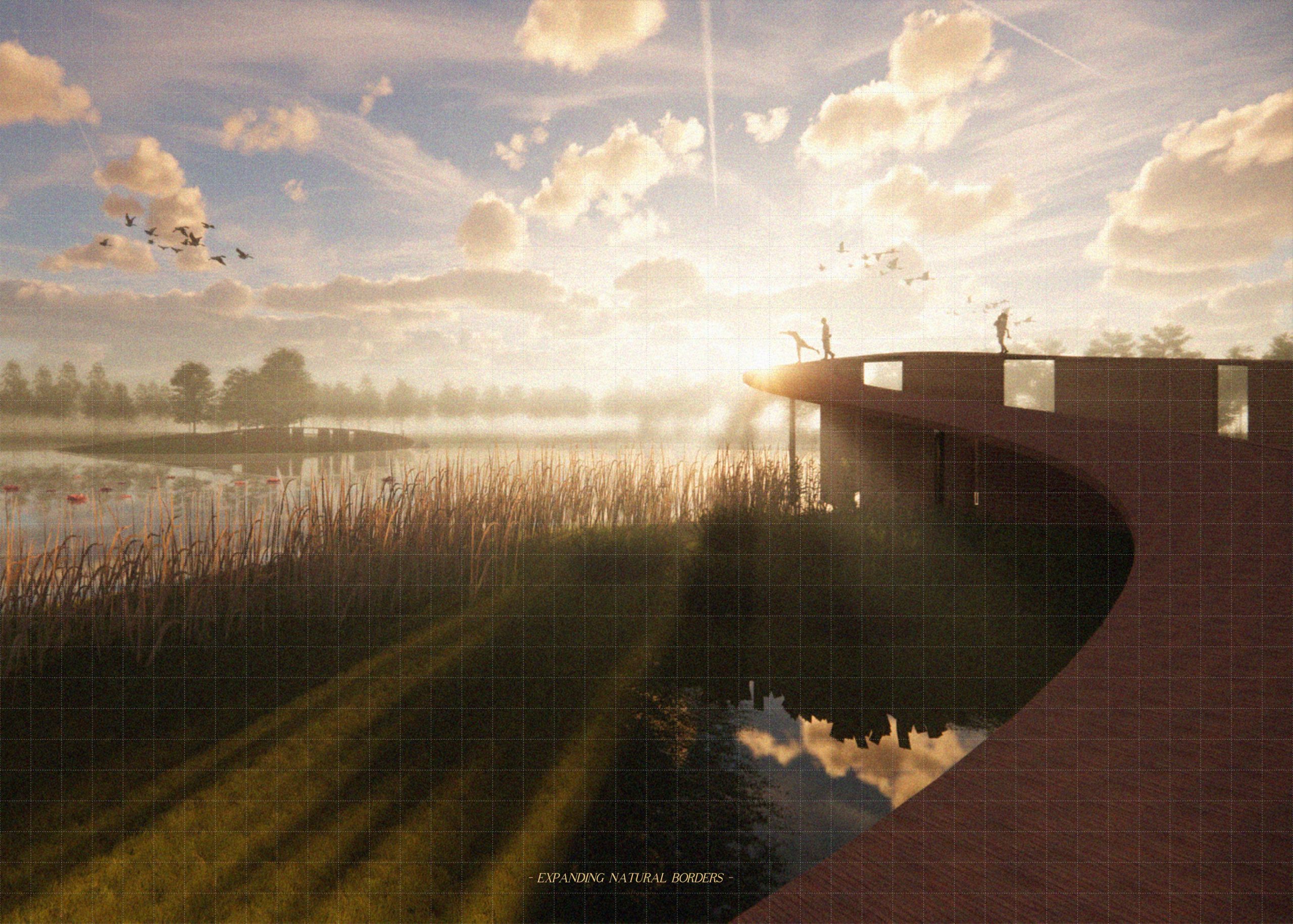 ”Expanding Natural Borders” belongs to that group of entries which placed their ideas in a wider context of the man-made, nature-reclaimed hybrid landscape of Jimbolia’s quarry lakes. Declaring the entire lake area as zone of their interventions, the project – almost alone among all competitors – paid attention also to the margins of the site, dealing with connectivity to the surrounding urban context.

Relatively small-scale interventions of open and covered pavilions were placed with great care along the border zone of the lakes following the curved topography of the ponds. Since the form language of built structures derives basically from the landscape, the pavilions gained object-like, almost land-art qualities, which is a sensitive response to the complexity of the site and the questions raised by the competition brief. At the same time too much construction on the site is probably not wanted because of threatening the lakes’ existing values, so the extent of built structures shown in the project might be debated. The site’s rich historical context is reflected only by using brick as building material.

Simple functions hidden in pavilions related to fishing, nature observation, relaxation, etc. provide a chance to bring life into the area and to successfully serve the local community, whilst larger scale functions like restaurants or exhibition spaces are rather questionable. A project operating with small scale functions of public benefit can also put the city/municipality in the position of being owner/investor of the project, avoiding extensive involvement of private investors with its possible negative effects.

The entry’s strategy of placing and developing the pavilions offers a gradual building process and projects a responsive participation design method that would be very reasonable from local community’s point of view; unfortunately this important issue was not thematized in the entry’s description. Generally the attached text was not deeply elaborated, but difficulties of understanding were counterpointed with one of the most beautiful presentations of drawings and images among all entries. Jury Report