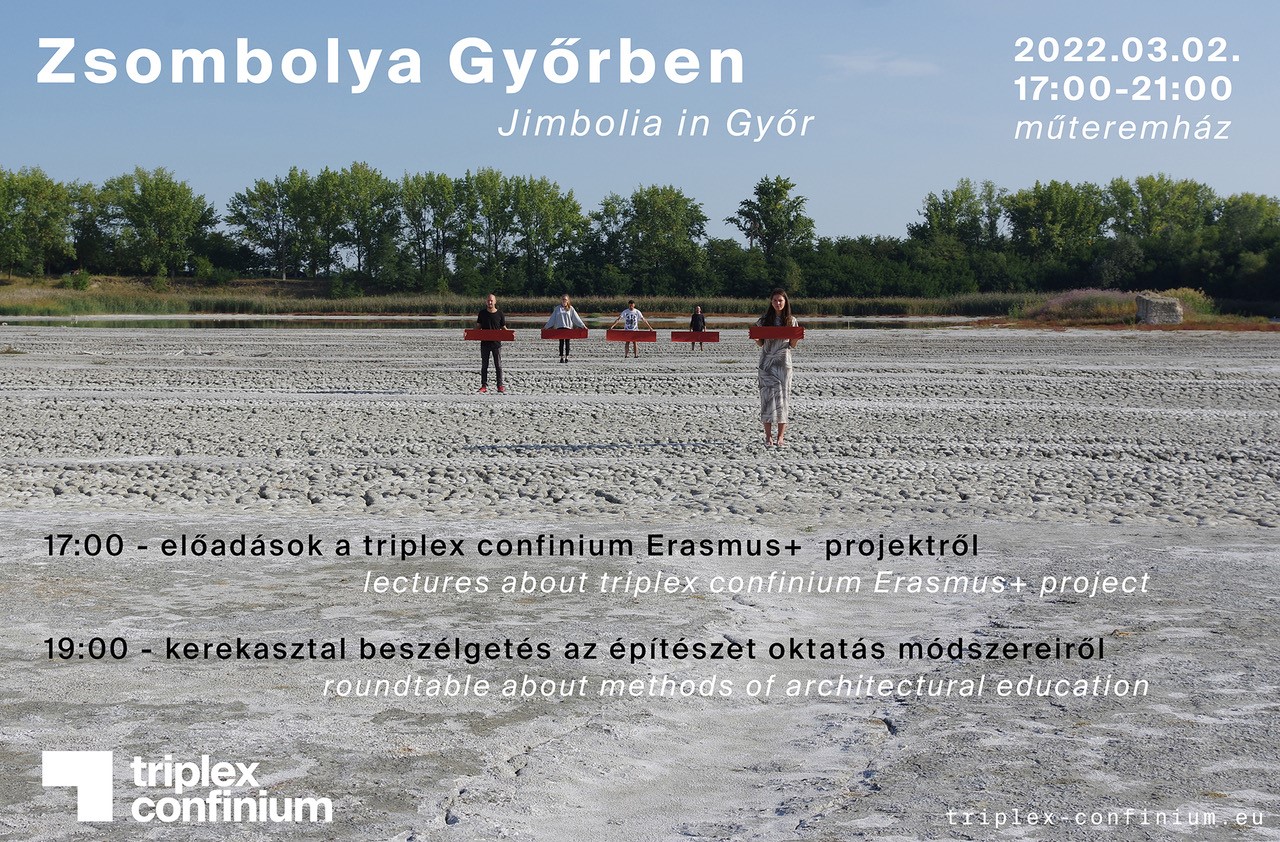 Before organising the multiplier event, it was important to choose a location where we could reach the most architecture students independents from participating universities. This is why we decided to organise the event in Győr, not in Debrecen, in the Architect Atelier, which is the home of the school of architecture of Győr, as part of the students’s professional day. The event was attended by students, lecturers and some external participants.

The event had two main objectives, firstly to present the project and the results so far in detail, and secondly to find possible ways forward and get as much professional feedback as possible in a joint discussion.

In the first half of the conference, 10 short presentations were given by participating students and teachers from Debrecen and one teacher from Budapest.

The first presentation showed the project in general, its background, objectives and methods. As a university active in the region, it is important for the Győr school to maintain contacts with similar schools and the main focus of the project, the detailed study and analysis of the built and natural environment of the region.

During the next presentation we showed the first summer school, which took place in Jimbolia, its process, programme, invited speakers, emphasising the different approaches and methods of the participating universities, which provided a much more complex knowledge and results.

The work of three workshops was then presented in more detail by participants.

The BME-led team investigated the built heritage of the city, its discernible signs and impacts on the settlement, partly through fieldwork of historical sources and partly through micro-interventions in an intuitive way. The team from the Ion Mincu University of Bucharest investigated the relationship between the city and industry and its social and urban structural consequences for nowadays. The team from the University of Debrecen investigated the possibilities and methods of understanding the natural environment in the ponds of former clay mines through small-scale interventions.

This was followed by a presentation of the international student competition on the same area of the mining lakes, partly to highlight a method that could be used to make a topic known to a wider audience and partly to provide more detailed information to the students from Győr who would like to participate.

In the last part of the lecture block, four students from Debrecen presented their diploma projects, which were prepared for the competition and for which the Jimbolia workshop provided a thorough background.

Already during the short coffee break, exciting discussions started between the Győr audience and the project participants, clearly stating the importance of the project and the Győr students’ willingness to participate in similar initiatives.

The subsequent discussion block consisted of two parts. A more traditional round table discussion with 1-1 lecturers from the two Győr courses, Tamás Herczeg and Ilka Demény, architect András Cseh, who is involved in similar projects, and Zoltán Major, one of the BME lecturers involved. The discussion was moderated by Tamás Szentirmai, leader of the Debrecen team. After a brief discussion of each topic, the audience was also involved in the debate, both through an online poll to get a full picture of the audience’s opinion and through comments from individual listeners. The main themes of the discussion were around methods that can be successfully applied in architectural education. We found it interesting to explore the issue from both the educator and student perspectives, looking at complementary options within and outside the traditional education framework. We also looked at the importance of regional links, the opportunities, challenges, experiences and future plans.

The activity of the students and the wide range of responses to the poll all demonstrated the importance of this type of training in architecture, of incorporating other methodologies into the training programme, of intensive cooperation with schools with different approaches, of working in the field, in addition to the traditional classroom-based weekly courses. The experience gained from the Triplex confinium project, the methodologies developed and the cooperation established will certainly be useful for both the participating universities and the new schools.

After the official program of the multiplier, the discussion continued in a more informal way, new experience exchanges were started between students of Győr and Debrecen. Beside this teachers started also an other discussion to establish new common projects based on the Triplex experiences.