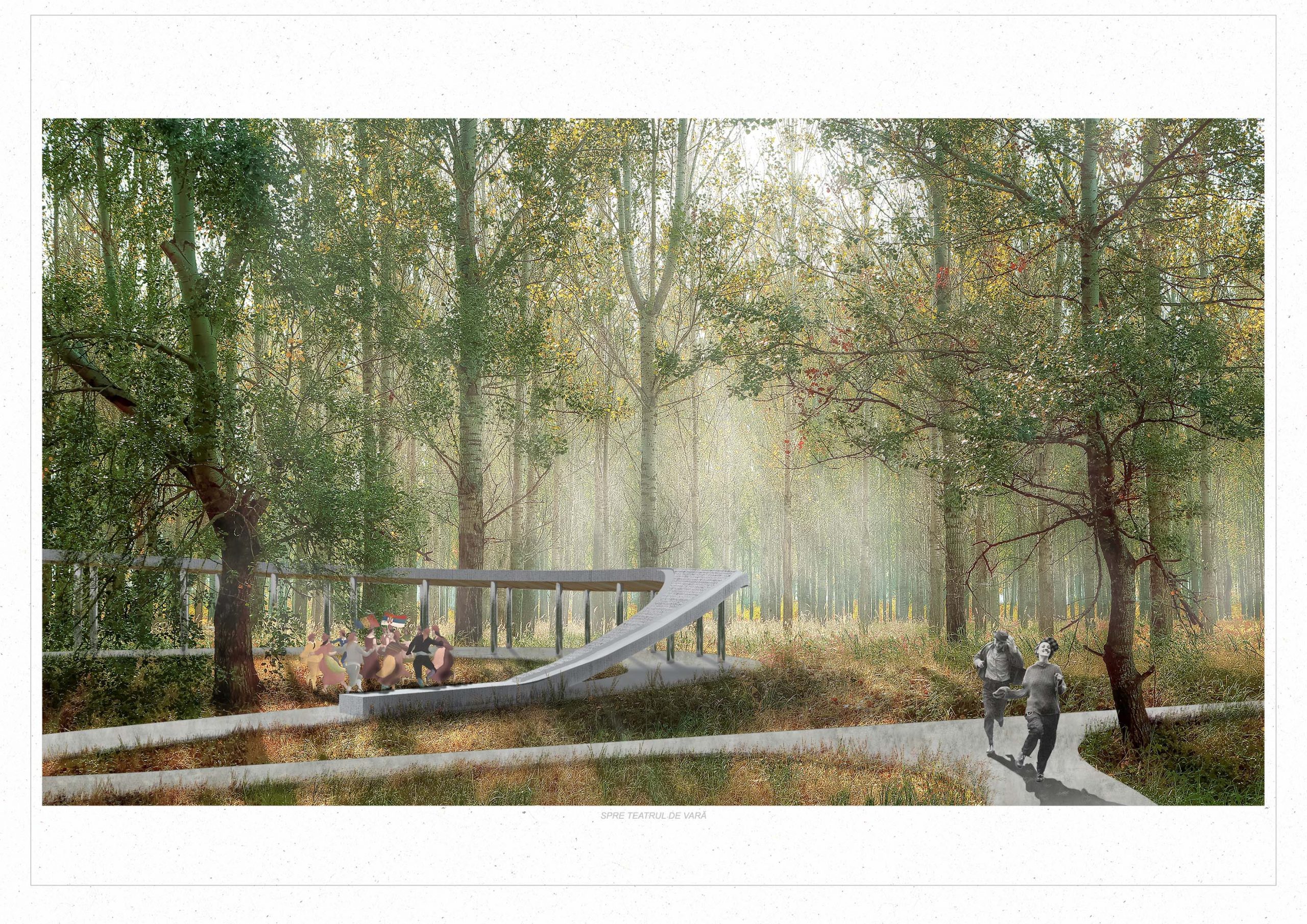 In anticipation of the Exploration Module that is currently being developed for the Jimbolia summer school, FAUT’s  research team, has tackled the problematic nature of the Rudna-Gad ecosistem spanning the border area between Romania and Serbia, through three diploma projects that seek to sensibly address the issues of nature, landscape and built heritage. The diplomas projects were developed in conjunction by students Timuț Sergiu, Maciulschi Daiana, Nica Mădălina, under the coordination of Associate professor Bogdan Demetrescu, throughout the difficult months of early 2020. We believe that the excellent work presented here offers future Triplex Confinium summer school attendees with a teasing image of the teaching module currently being developed. Entitled Exploring and Interpreting Heritage in the Landscape, the teaching module will seek to raise awareness on the immense potential for future territorial development through a sensible re-evaluation of the hydro-graphic basin crossing the Banat plains. The module will be composed of both lectures as well as immersive on site experience along the canals in and around Jimbolia and Kikinda. 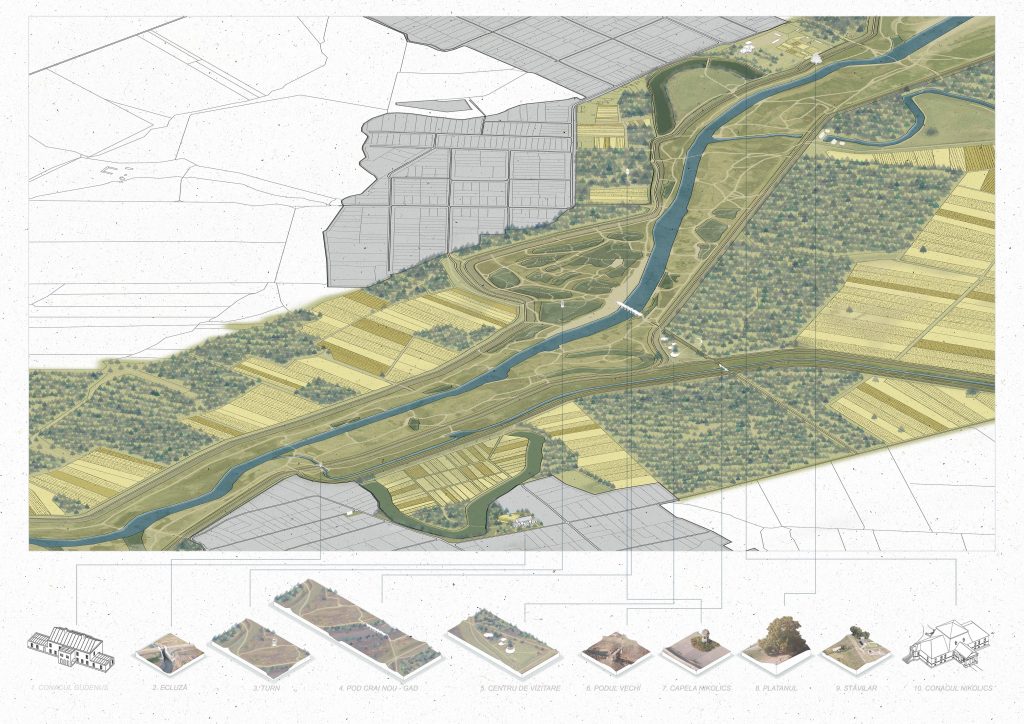 The project is shaped by complex formal languages, awareness for the surrounding landscapes and themes of connections on site – regulated only by a slight tendency for clarity.
The architecture produced wanting to be both intuitive and rhetorical, while evoking a playful, almost naïve atmosphere. 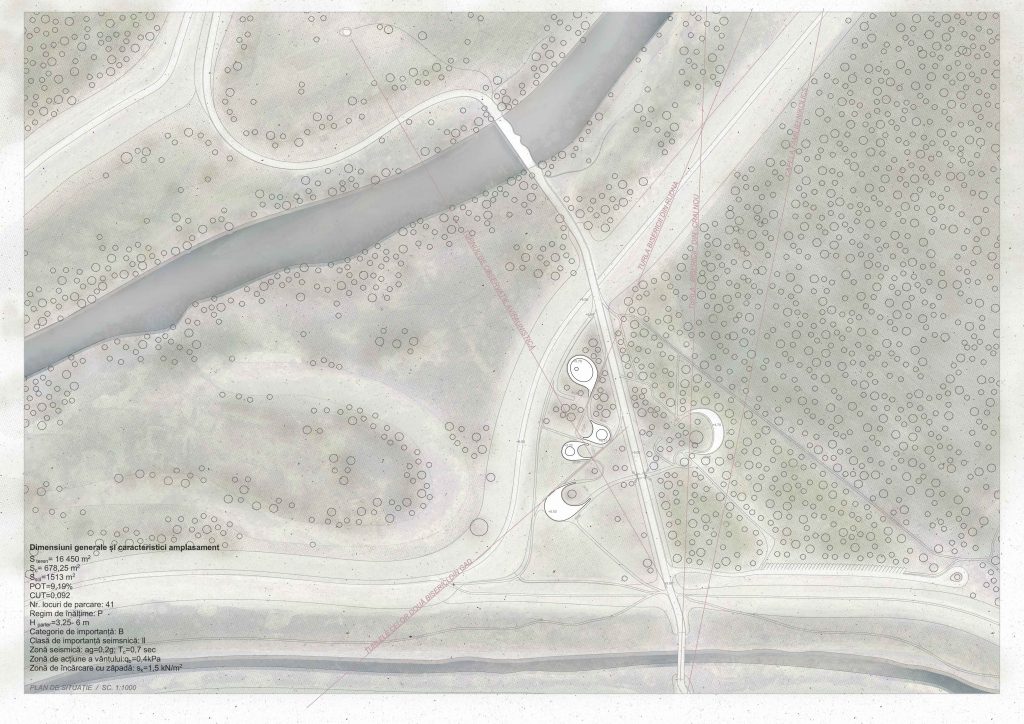 The project started from a broad territorial level strategy that is based on the regeneration of the Banat hydro-graphic landscape through contemporary ecosystem solutions. A response was elaborated in the form of a master plan for the entire area, which through the green protection corridor strengthens the narrative path of the proposed cultural route. It is the basis for the development of the project and represents the first of the four working scales within it – the Territorial Strategy.

The second scale – the landscape, includes the area of influence and the proposed interventions. These objects are meant to serve the needs identified on a territorial level.

The presence of the objects on site is accentuated by the important visual directions. They enhance the feeling of connection and belonging to the landscape that man constantly feels throughout the natural route.

A single object cannot activate the area, so a complex device must be designed that rethinks the paths and strengthens multiple connections between the landscape components.
The third scale facilitates connections in the territory. In response to the need to reunite the local infrastructure, a wooden bridge is proposed, carefully related to the cultural route by taking over some important directions from the local landscape. And the bird corridor that crosses the area requires the proposed observation tower in response to the need for a vertical connection.

The last scale of the project represents the Visitor Center – a reinterpretation of an existing architectural program. In theory, this is an Anti-object that is lost in its landscape. This is achieved by redefining the functional scheme and fragmenting the functions into carefully arranged volumes, spread in the territory. The Center evokes a playful, almost naïve atmosphere, which the whole project adopts and develops along the way.

The project is shaped by formal languages, references, awareness to the landscape and themes of connections – regulated only by a slight tendency for clarity. The architecture produced wanting to be both intuitive and rhetorical. All the objects encountered along the route are integrated into the landscape of which they are part, shifting the focus to it and evoking its importance.

Thus, the narrative path, the cultural routes, the important visual directions and connections strengthen the continuous process of interaction between man and nature. 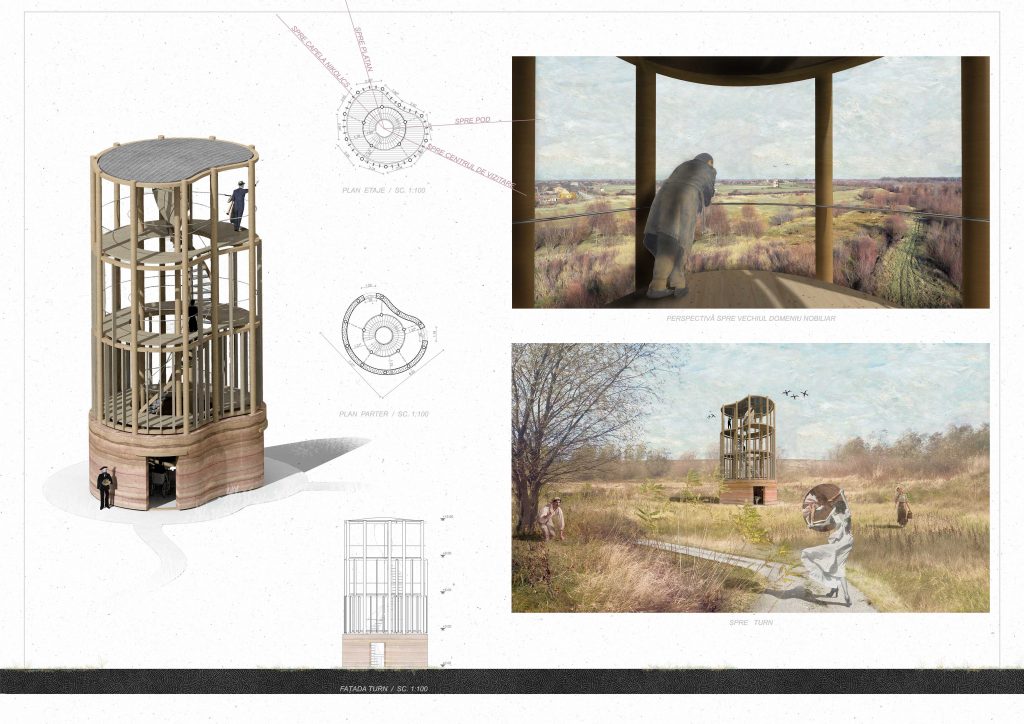 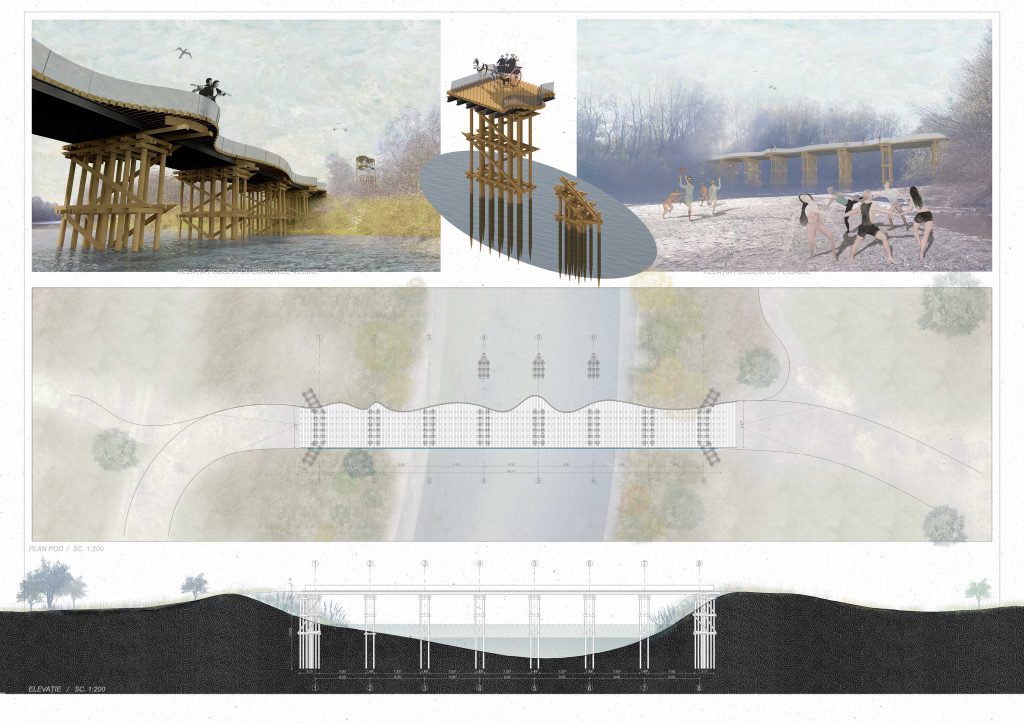 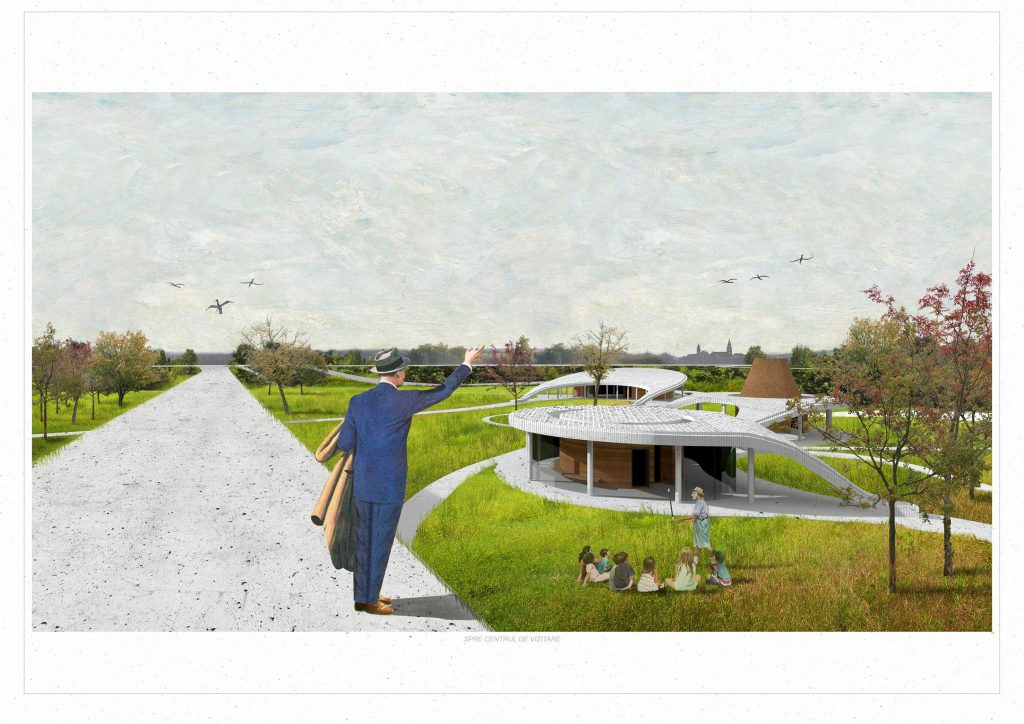 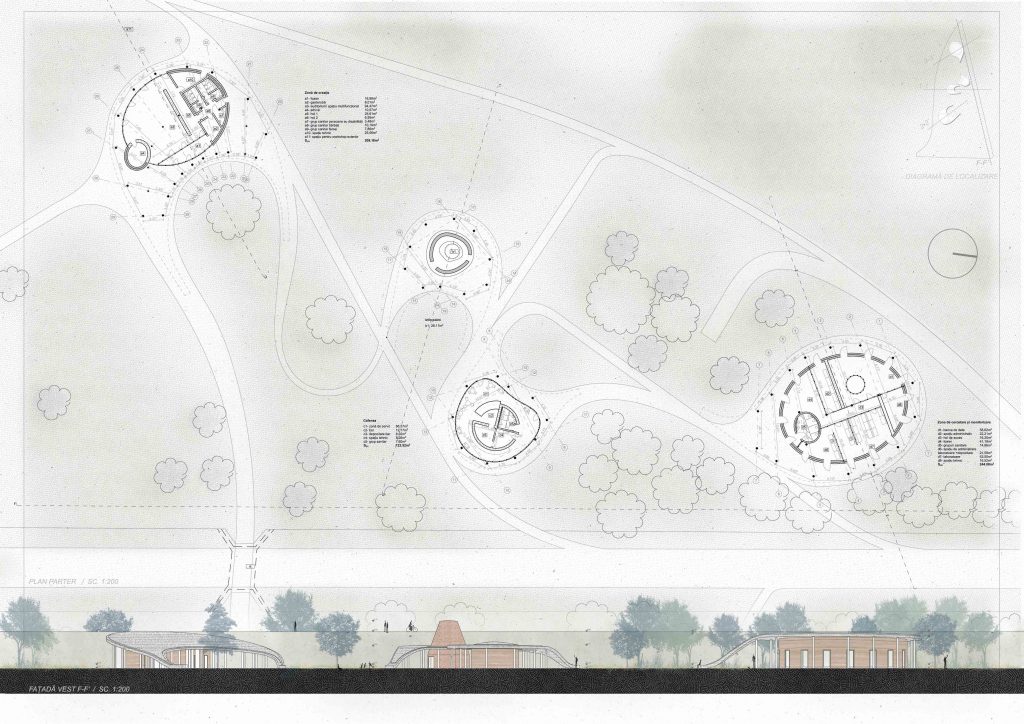 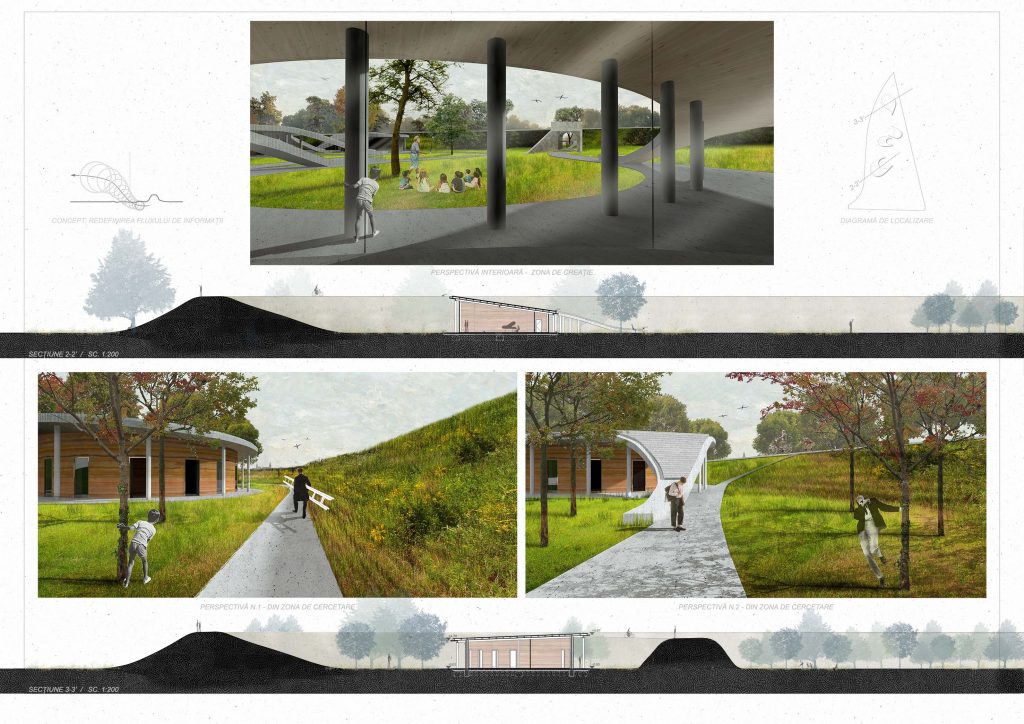 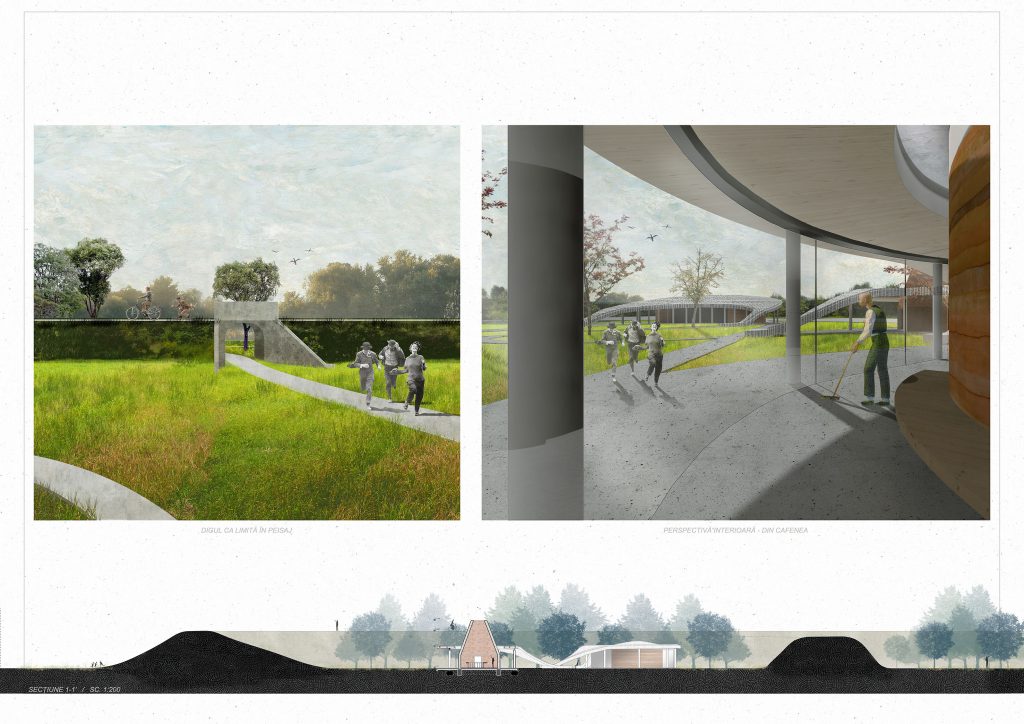 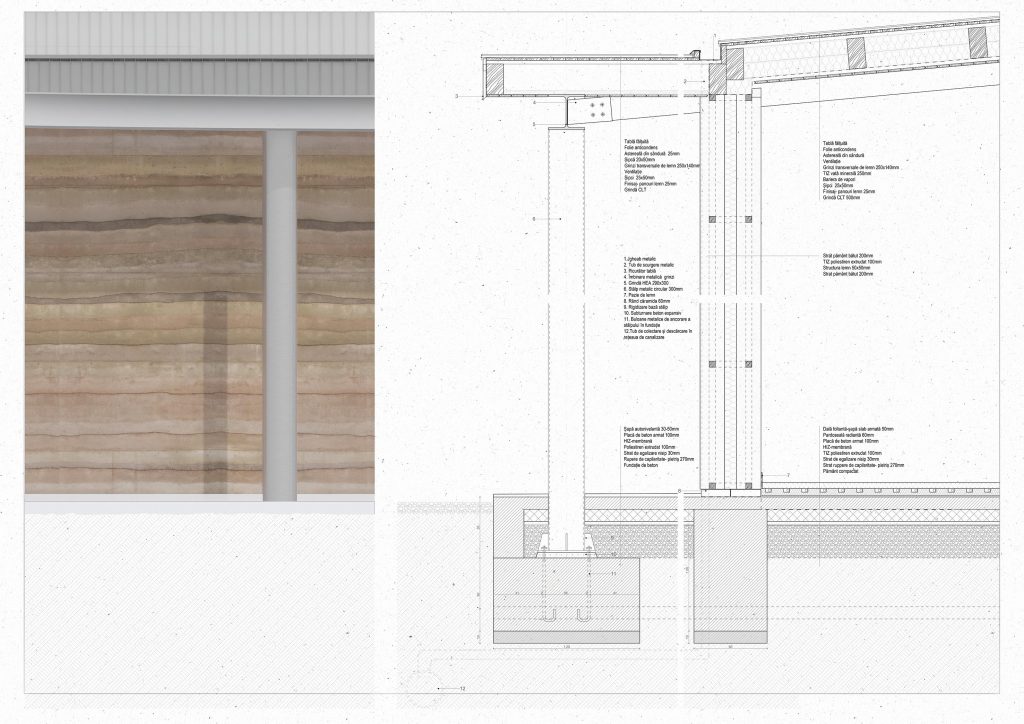 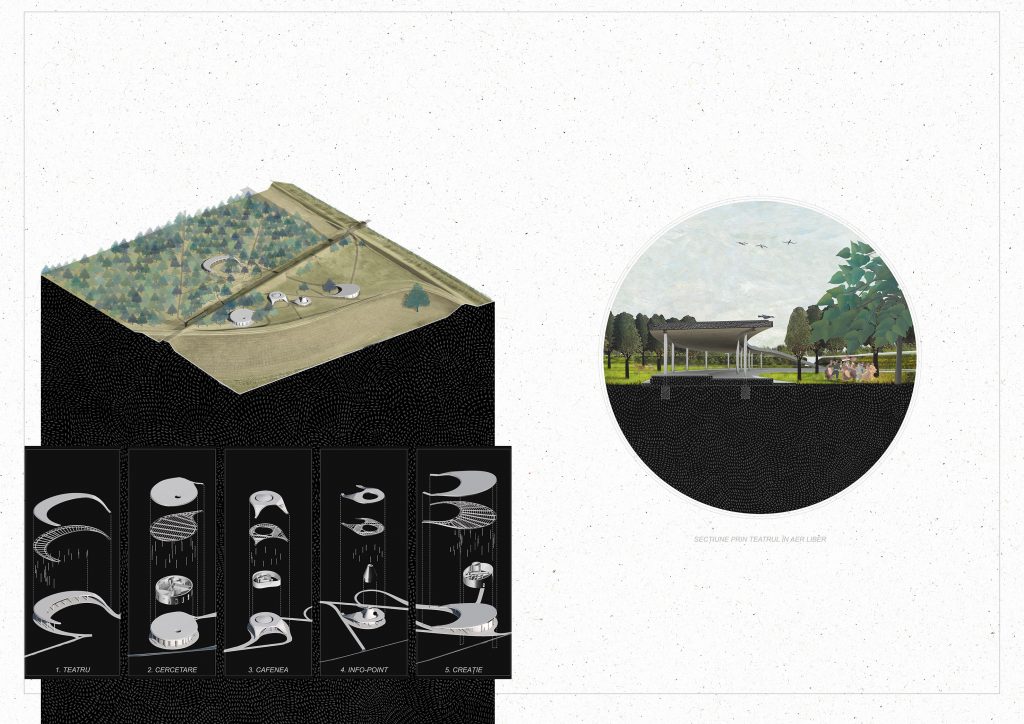 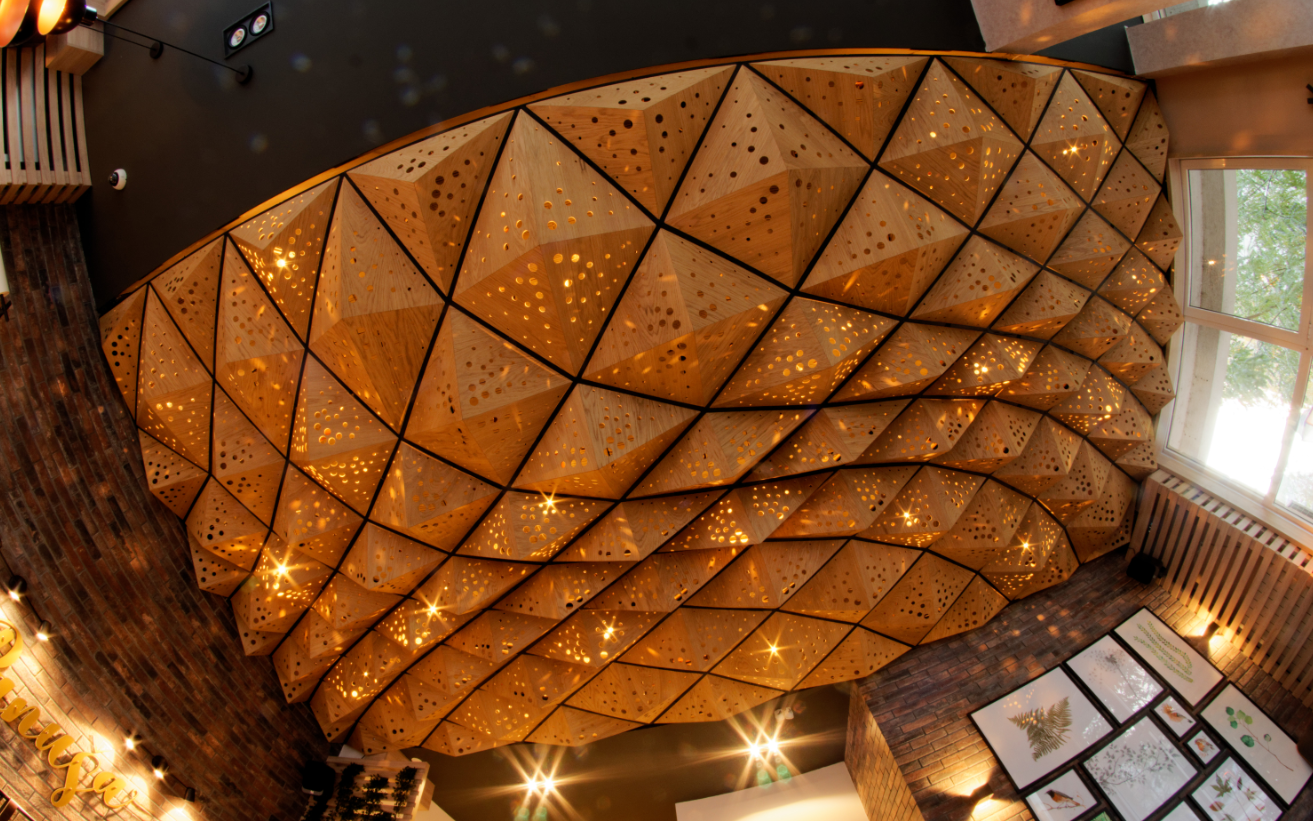 Towards digital thinking in architecture

ARCHITECTURE in the EURO-REGION – Interview 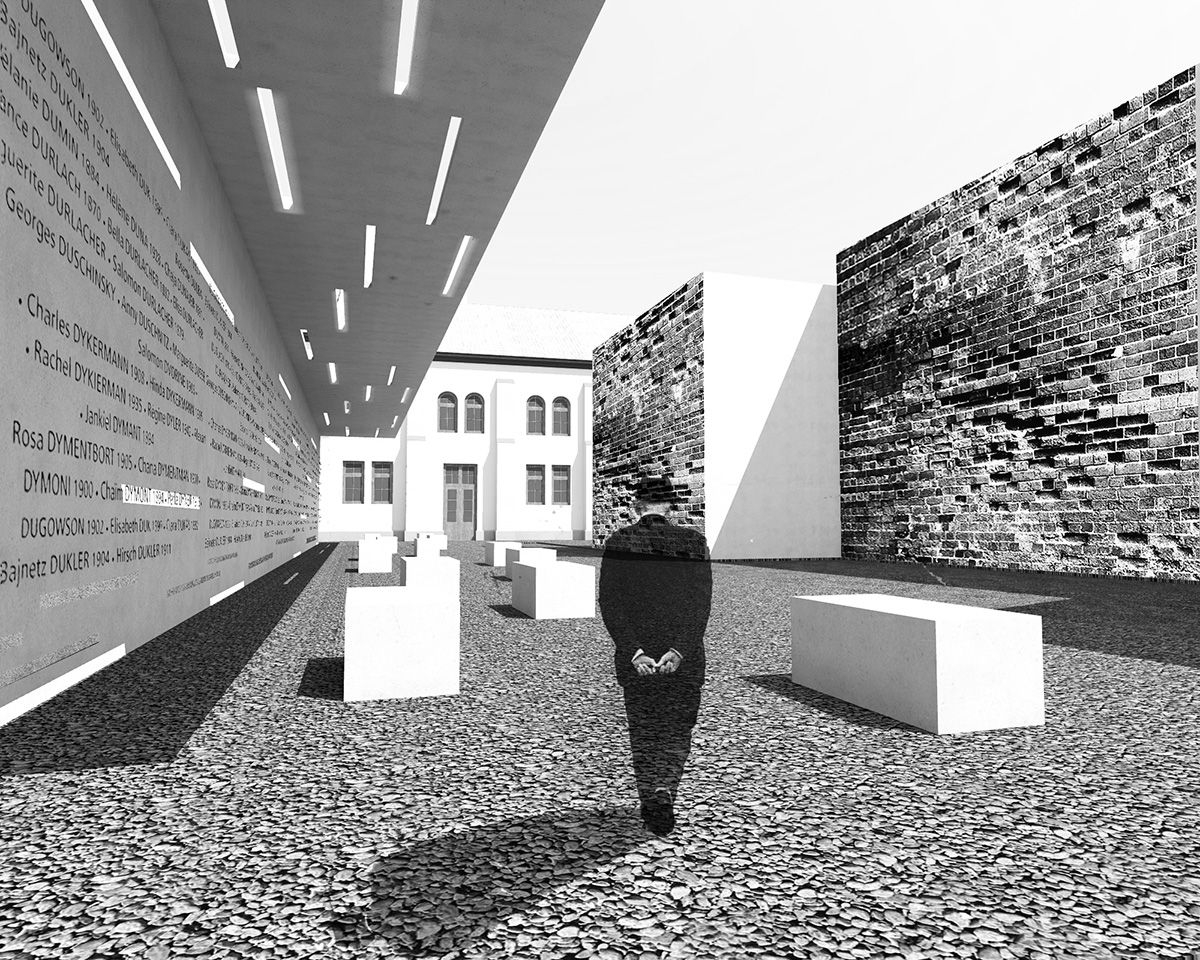 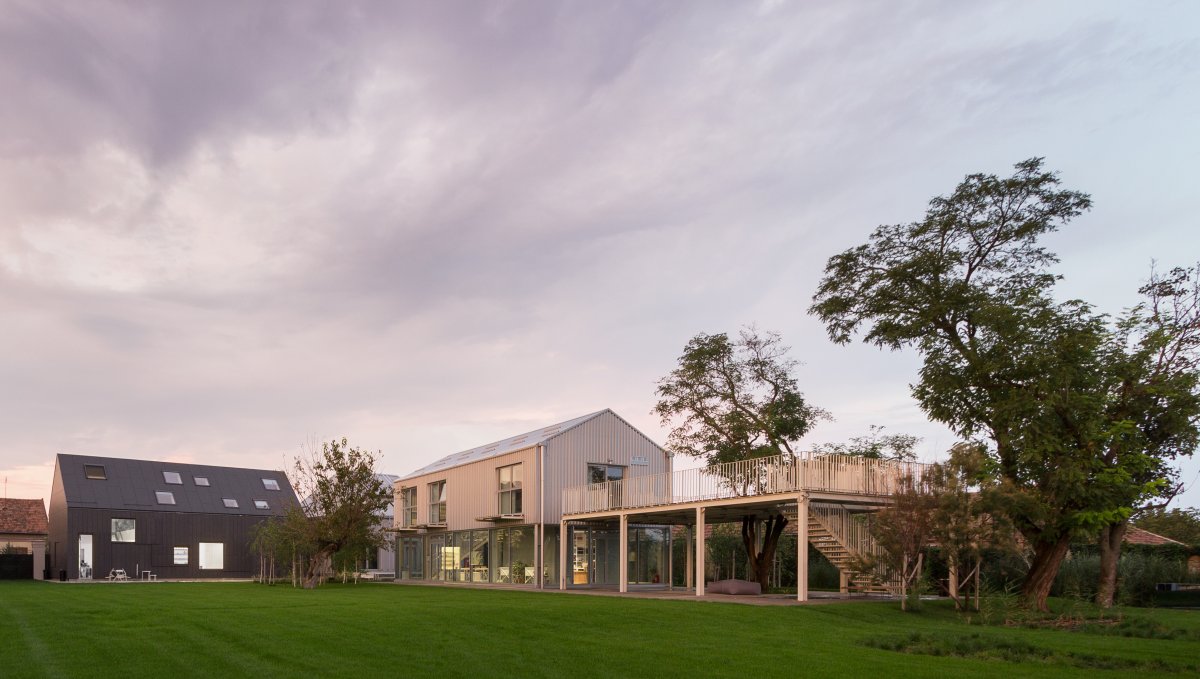